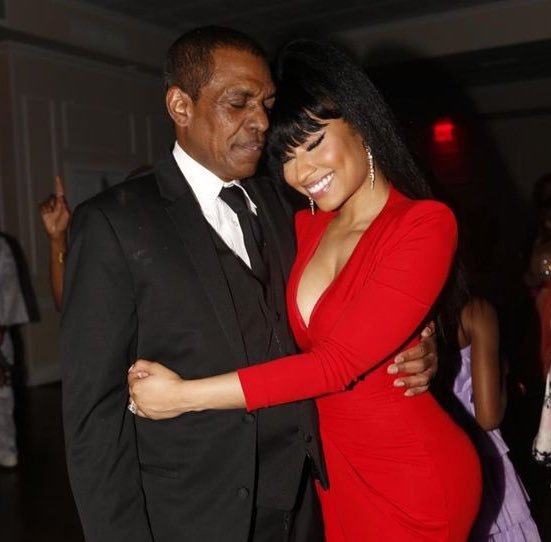 Driver Who Killed Nicki Minaj’s Father In Hit-And-Run Has Turned Himself In.

ACCORDING to TMZ, Nassau County Police in New York police have arrested 70-year-old Charles Polevich after he handed himself in and is reportedly responsible for the death of Robert Maraj, the father of 38-year-old singer Nicki Minaj, on Friday, February 12.

Robert Maraj was walking on the road between Roslyn Road and Raff Avenue at around 6 PM ET, when he was hit by a vehicle heading northbound. Maraj was taken to a hospital in critical condition and later died of his injuries at the age of 64.

As reported by TMZ, Polevich allegedly hit Maraj with his 1992 white Volvo and “then exited his vehicle stood over the victim asked him if ‘he was ok,’ walked and returned to his vehicle and fled the scene.”

Reports from police to TMZ, say Polevich then drove to his home “avoiding intersections and did conceal his vehicle in the detached garage at his residence.”


“He went home and secluded the vehicle. He’s well aware of what he did,” Detective Fitzpatrick said, the BBC reports.

An arrest has been in the fatal hit and run that occurred on Friday, Feb.12th in Mineola. The victim, Robert Maraj, 64, of Mineola was walking northbound on Roslyn Road & Raff Avenue at around 6:15pm when he was struck, and later died at a local hospital. (1/2) pic.twitter.com/vL0xMmtVaX

The 70-year-old has been arraigned and charged with two felonies – leaving the scene of the incident involving the death of a person and tampering with or suppressing physical evidence.

CBS New York reports that if Polevich hadn’t left the scene, he may have avoided charges. His attorney Michael Scotto “described it as a tragic accident, adding their thoughts are with the Minaj family,” the outlet writes. Law enforcement said the man has no criminal record.

Minaj, whose real name is Onika Tanya Maraj, is believed to have had a complicated relationship with her father and has not yet commented on the event on social media.

Thank you for taking the time to read this news article “Driver Who Killed Nicki Minaj’s Father In Hit-And-Run Has Turned Himself In”. For more UK daily news, Spanish daily news and Global news stories, visit the Euro Weekly News home page.