Police at Birmingham Airport were left amused after a passenger made a blunder. The officers began searching for the passenger’s car when they returned to find their car missing.

The Airport police took to Twitter to comment on the amusing search. They tweeted: “Oh and we also reunited a passenger with their suspected stolen car – though to be honest after looking around level 5 of CP1 for 5 minutes we asked to see their parking ticket and told them where car park 3 was!

“So not really a win for us, but made us smile.”

The passenger was probably left mortified over their mistake.

On Monday, a driver at the airport made an expensive mishap and was hit with a £170 fine. The driver had decided to dangerously ditch their car “in the middle of a yellow box junction” at Birmingham airport and head off to pick up a passenger.

Birmingham Airport Police commented: “The driver of this vehicle thought it was acceptable to abandon their vehicle in the middle of a yellow box junction, whilst they went to the terminal to pick up a passenger.

“We’ve removed it to the Police compound for them and the owner now has a £170 fee to pay.”

Using the correct parking would only have cost them £6. 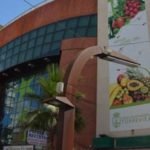 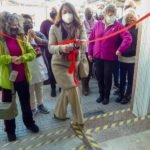 Costa Blanca North
The animal rescue charity held a well-attended opening day on Saturday, January 8th, with the mayor and the charity’s chair on hand to do...