Officers from the Municipal Police of Madrid were carrying out a traffic control operation when they spotted a driver acting suspiciously. According to a spokesperson for the local police two people were arrested for carrying a staggering nine kilos of cocaine. The traffic stop took place in the Barajas district.

The traffic control was in place at the intersection of Avenida de la Hispanidad and Avenida Real de Merinas as part of a Christmas campaign. The surprising suitcase was found on Christmas Eve at around 6pm.

Officers at the traffic control observed a driver behaving suspiciously. A car had begun to move over to the left side of the road, to avoid the traffic control. The officers pulled the car over and asked the driver to provide their documents. The nervous driver soon had their vehicle searched by the officers. The officers discovered a suitcase in the back of the car with a surprising content.

Inside the suitcase, the officers discovered eight packages which when tested were found to contain cocaine. In total, the officers recovered over nine kilos of cocaine from the vehicle and a 60-year-old man and a 55-year-old passenger were arrested for crimes against public health. 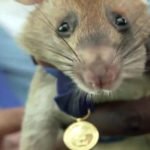 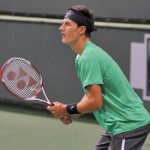