An armed robbery took place in Malaga this month when a man stole 600 euros from an ATM user at gunpoint.

The National Police in Malaga has arrested a 55-year-old man who is presumed responsible for robbing a citizen at gunpoint at an ATM in the zone of Teatinos, Malaga. Sources from the Provincial Police Station of Malaga reported that the suspect had been found in the area near where the incident took place and they had seized an imitation gun that had been used to carry out the robbery. The perpetrator, who has a history of crimes of a similar nature, threatened the victim with the weapon and forced him to withdraw a total of 600 euros.

The incident occurred around 8:30 p.m. on December 12 at an ATM in Teatinos. A 24-year-old man was using an inside ATM when he was interrupted by a stranger pointing a gun at him, who then forced him to withdraw the money. After the incident was reported, the investigation was assigned to agents from the specialist Robbery Group of the National Police. The searches carried out in the zone led to the identification and tracking of the suspect on December 16.

In a hospital waiting room near the place of the robbery, the police officers located a bag with items belonging to the suspect, including a pistol, which turned out to be the fake one used to carry out the robbery. The officers also seized the clothing worn during the attack, personal documentation and three wristwatches that may have been acquired from a jewellery shop in the capital with cash obtained from the robbery, according to the police. 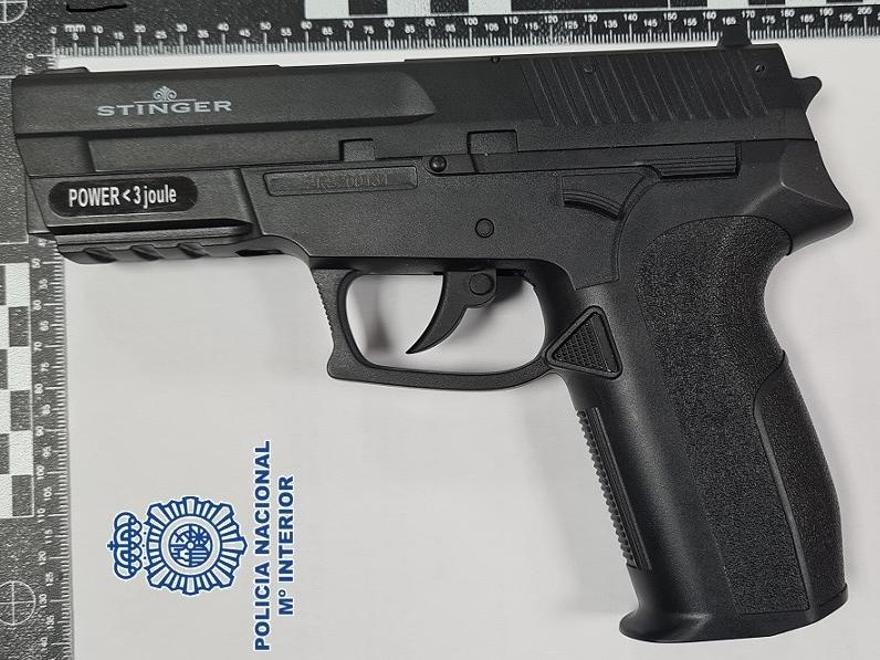