Cops set to probe emails from Prince Charles’ aides as part of an investigation into the Saudi tycoon honours row.

Officers from the Metropolitan police are reportedly investigating Mahfouz Marei Mubarak bin Mahfouz receiving a CBE in 2016. Prince Charles presented the CBE in November 2016 at a private ceremony at Buckingham Palace. The Prince’s charity has received £1.5 million from Mahfouz.

Police have demanded that emails between Prince Charles’s advisers be handed over.

In 2014 a director at the Prince’s foundation Ashe Windham reportedly wrote: “I am quite sure [the prince] would like to find an opportunity to thank you in person.” After this message Mahfouz met with Prince Charles.

The billionaire allegedly then received an email from a royal fixer saying: “friendship building” would “lead to further very special personal and individual honours”. 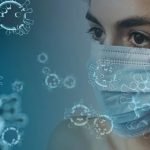