Valladolid woman hands €1,000 cash to police officers in the street


On Friday, December 10, one very honest citizen gave the Municipal Police of Valladolid €1,000 euros in cash. It came from an ATM machine of a BBVA bank in the city.

According to Ical sources from the Municipal Police, a woman went up to two police officers in the street, and handed them the money. She explained that she had found it in the ATM machine of the BBVA bank located at the confluence of Calles San Maria and Santiago.

The bank’s office says that they are still trying to locate the owner of the €1,000 through the acknowledgment of a receipt found. With the Data Protection Law, it is not possible to use all the information shown on the receipt, so the money is still being kept at the bank, in the hope that the owner will come looking for it.

“Fortunately, there are still very honest people around. We will always applaud these gestures of civility!”, commented a spokesperson for the Municipal Police of Vallodolid, who published the incident on its official Twitter profile, accompanied by a photo of two officers posing with the woman who handed the cash into the police station, as reported by larazon.es. 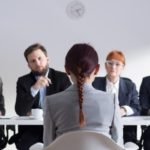 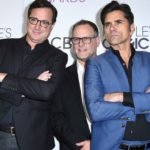