The 2022 World Cup is still a long way off, but the tournament’s build-up will soon begin in earnest with the qualification stage completed. Experts and online sports betting sites will be predicting who will win the battle for FIFA’s crown jewel. While the usual suspects will undoubtedly be prominent, there is always room for a surprise.

But before we get to that, let’s see how the final round of games unfolded. If the world cup can produce this much drama, we are in for a treat!

Croatia won an automatic ticket to next year’s World Cup finals with a thrilling 1-0 home win over Russia in their crucial Group D qualifier, thanks to a late Fedor Kudryashov own goal. The runners-up in the 2018 World Cup, Croatia went ahead of Russia in the standings with 23 points from ten games, one more than the Russians in second place.

Croatia dominated a game played in torrential rain. Still, a run of excellent saves by Matvei Safonov, the visiting goalkeeper, and a wet surface kept them at bay until Kudryashov’s clumsy 80th-minute touch pleased the home crowd. Russia, needing a point to qualify, defended with everyone behind the ball and soaked quite a lot of pressure as the hosts bombarded their goal, but they couldn’t produce clear-cut chances.

In the ninth minute, Andrej Kramaric sent a direct shot at Safonov before Marcelo Brozovic unleashed two long-range efforts, one of which sailed inches wide and the other prompting an acrobatic save from the visiting goalkeeper. Then, in the 47th minute, Safonov made a superb save to keep away a close-range Mario Pasalic header, and the Russians thought themselves to be safe till Kudryashov’s blunder undid them.

Borna Sosa floated in a hopeful cross from the left, and Kudryashov bundled the ball into his own net after it bounced awkwardly in front of him, with waves of Croatia attacks losing pace on a tricky pitch. However, Russia wasted their only chance to save the game from their first fluent move in stoppage time, with Vyacheslav Karavaev blasting over the bar. 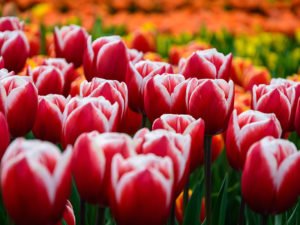 Elsewhere, in Rotterdam, the Netherlands waited until the 84th minute to confirm their spot in the World Cup finals, with Steven Bergwijn’s vital 84th-minute goal overcoming Norway’s resistance. In added time, the Tottenham midfielder set up Memphis Depay to score it 2-0 for the visitors, who finished third in Group G. With 12 goals each, Depay and England’s Harry Kane end the European Qualifiers campaign as joint leading scorers. Turkey fell to third place in the standings after conceding after four minutes in Montenegro, but Kerem Aktürkolu equalised midway through the first half, and Orkun Kökçü’s first international goal sealed the win that would have given them a top-two finish.

After a 0-0 draw in Northern Ireland, Switzerland snatched the top spot in Group C with a 4-0 win over Bulgaria. Italy will have to go through the playoffs to reach the World Cup finals. Xherdan Shaqiri (in his 100th international appearance) crossed for Noah Okafor to head the Swiss top of the section immediately after the break, before Ruben Vargas, Cédric Itten, and Remo Freuler scored to complete a remarkable last-day turnaround. 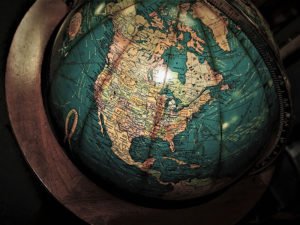 After so much drama, have any of these teams etched their way into the minds of the expert preview panels? Let’s look ahead to some of the leading contenders to lift the big one in Qatar next year.

Reigning champion France has many of the veterans of the 2018 success, such as Paul Pogba, Kylian Mbappe, and Antoine Griezmann, and a slew of youthful pretenders will join them. If and when they arrive in Qatar, five-time world champions Brazil will be seeking to end a 20-year drought for global triumph. In recent years, all of the spotlight on Brazil has been on Neymar. Still, in 2019, a dynamic squad won the Copa America without the talisman. They are well-equipped to launch a challenge, with players like Alisson, Richarlison, and Philippe Coutinho in their ranks, as well as up-and-comers like Vinicius Jr. and Gabriel Martinelli. However, with a generation of stars leaving the stage, it will be intriguing to see how they handle the shift in defense.

Germany and Spain, two European giants, are also considered favourites to win the World Cup in 2022. After winning the World Cup in 2014, Germany’s humiliation of being ousted from the group stage in 2018 – at the bottom of the group, no less – will not be tolerated. Instead, they will be expected to make amends. Spain, likewise, struggled through the group stage and exited in the last-16 stage of the 2018 World Cup, seeming in chaos. The magnitude of their loss in that tournament in Russia – on the eve of their coach’s spectacular dismissal – has highlighted the necessity to be considerably better prepared in 2022. By the time the tournament arrives, Sergio Ramos and the old guard will likely have moved on, and Spanish football fans will be hoping for new blood to revitalise the group.