Both made history by becoming the municipality’s first women councillors in the Transition’s first democratic local elections in 1979, explained Benidorm’s mayor Toni Perez.

The four men put their own lives at risk in a “complex and complicated rescue” when they went to the aid of a tourist who plummeted to the sea on accidentally falling from the Plaza de Santa Ana lookout point at Benidorm’s Castillo. 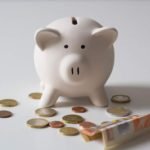