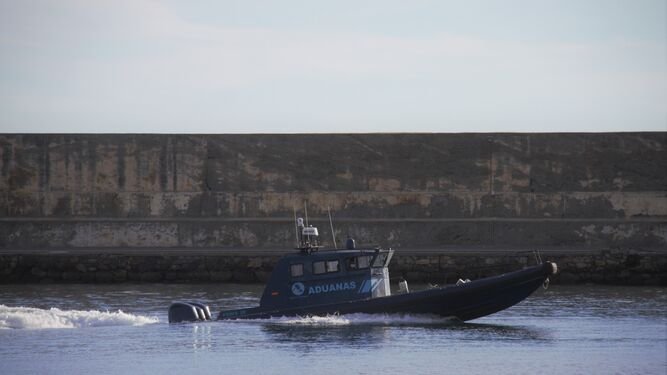 Motril drug traffickers arrested by Customs and Surveillance Agents from the Service of Motril and the Guardia Civil.

Four people have been arrested by the Guardia Civil as part of an operation against drug trafficking on a beach in Roquetas de Mar, and have seized 1,900 kilos of hashish.

As reported by Granada Hoy, yesterday, November 6, the operation was carried out in the early hours of October 29 when a patrol boat of the Customs Surveillance Service (SVA) from the Port of Motril was carrying out a routine inspection between the coast of Granada and Almeria, when they noticed a boat occupied by several people who were unloading a large quantity of bales of hashish near the beach of the Santa Ana castle (Roquetas de Mar).

In the operation, which has been a joint operation with the Guardia Civil of Almería, the SVA began the intervention by sea, while the Benemérita did it by land, to prevent the possible escape of the drug traffickers.

After the intervention, according to Civil Guard sources, four people were arrested and 54 bales of hashish were seized. The operation is being investigated by a court in Roquetas de Mar, where the drug traffickers have been taken, as well as the drugs and the proceedings.

In addition to the agents of the Motril Surveillance Service, agents of the Guardia Civil of Almeria have also participated in the seizure.