Lewis Hamilton could face jail time for imposing a vegan diet on his English Bulldog, Roscoe.

The seven-time world champion maintains an unconventional pace of life, not just within the parameters of a Formula 1 driver, that affects all aspects from his clothes to dealing with those closest to him.

One of the people he spends the most time with is his dog, Roscoe.

Already a celebrity (he even has his own pass to enter the paddock) on social networks with over 413,000 followers on instagram, this English bulldog accompanies his owner in his daily chores when he is away from the wheel of the Mercedes.

Hamilton is a declared vegan and has even opened a chain of hamburgers where nothing of animal origin is served.

Beyond the (brief) business success of this project, he also asks everyone around him to imitate his way of eating, from his personal trainer and advisor Angela Cullen to Roscoe himself.

The association ‘The Blue Cross‘ has accused Hamilton of violating the Animal Welfare Act, in force in the United Kingdom since 2006, by Roscoe’s vegan diet.

The absence of meat in the dog’s diet contravenes these regulations, since the British Veterinary Association has warned of the legal consequences that it can lead to.

“If your personal belief system means that you do not want to eat any animal protein, that’s fine, but that diet is not designed to meet the welfare standards of your pet,” explains Daniella Dos Santos  President of the Association.

In the event of a formal complaint, Hamilton will have to go to trial where he would face a fine of £20,000 pounds and even a jail term of up to 51 weeks, in addition to having custody of the animal removed for possible abuse. 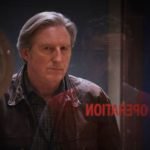 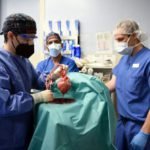