In soccer, contracted players are only eligible to move teams twice a year; once in January, and again during the summer, usually between June the 1st and August the 31st. That means that every summer there is at least one huge transfer story that dominates the entirety of the summer window, with thousands of articles and think pieces being dedicated solely to the business of whether player A will move to club B.

In previous years, we’ve had the likes of Gareth Bale leaving Tottenham for Real Madrid, Antoine Greizmann going to Barcelona from Atletico Madrid, and Robin Van Persie moving from Arsenal to Manchester United. All went for big money, but not all were successful. That is the thing about big money moves; quite often, they don’t work out as the player, club or fans had hoped, and it means often the selling team comes out of the situation the best.

Philippe Coutinho to Barcelona is the prime example, who Liverpool sold to Barcelona in 2018 for £150 million. Liverpool signed two key players with that money, Alisson Becker and Virgil Van Dijk, who were both key parts in them winning the Champions League and the Premier League. Meanwhile, Barcelona never managed to fit Coutinho into their team properly, and have sent him out on loan or, more often than not, left him on the bench.

This summer was a very exciting transfer window, as some of the world’s biggest players moved, such as Leo Messi to PSG, and Cristiano Ronaldo to Manchester United. One transfer that didn’t materialise was Kylian Mbappe leaving Paris to move to Real Madrid. Who is Mbappe, and why is this transfer significant? Let’s look at the young man’s extraordinary career so far, and try to work out if his move to Madrid would benefit all parties. 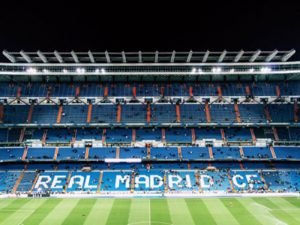 Very few people have achieved much in their lives at the age of 19. Most people still live with their parents, and have either entry-level jobs or are still studying at university. On the other hand, there is Kylian Mbappe, who was winning trophies left, right and centre.

Mbappe came through the youth ranks at Monaco, where he was a part of a very exciting side who won the 2016/17 League 1 title. Even then, at just 18 years old, he was already looking like he was going to be a generational talent. Monaco fans would be looking for sports betting stats  on how many goals he would score each game, as his speed would frighten defenders with years of experience.

Mbappe left Monaco for PSG in the 2017 summer transfer window and hasn’t looked back since. He was a key part of the team that win the league title for three years in a row. Then in 2018, he went to the World Cup with France, scoring four goals as his team lifted their second World Cup, scoring the fourth goal in the final.

Why does he want to leave?

It is an interesting question, given he is a Paris native, and has had so much success there. He has built up a key understanding with fellow striker Neymar, and the two are often unbeatable when they are both on form. However, many say that the French league is not very competitive, and that to be truly considered a great player, Mbappe should move to somewhere like Spain, where he would be more regularly tested.

In addition, the arrival of Leo Messi to PSG may well have had a knock-on effect, as it means Mbappe is no longer the most talked about or famous star of the side. Kylian will want to win the Ballon d’Or at some point in his career, and it will be harder to do that with Messi on the same side.

Does Madrid want him?

Absolutely they do, with the president Florentino Perez submitting a €160 million offer to the French side, which was then rejected. Given that Mbappe has less than a year to go on his contract, Madrid can make an agreement with the French star in January, which would then mean he could leave for free next summer.

It makes sense for him to head to Spain, and to become the latest in the lines of the ‘galacticos’, which was the nickname for the star players who played for Madrid a few years ago. The one trophy that has eluded Mbappe so far is the Champions League. PSG made it to the final a few years ago but lost to Bayern Munich. Madrid, on the other hand, is the most successful team in the competition, having won it 13 times. Mbappe may see the move to Los Blancos as the best way for him to win the Champions League, which will of course help with his aspirations to win the Ballon d’Or.

It seems inevitable at this point that the transfer will happen, we just don’t know when or for how much. But whatever the cost and whenever it happens, we will be very excited to see Mbappe in the white of Real Madrid.