the art of publishing
More
Home Food A Taste of Spain What should you expect from the menu del dia?
Facebook
Twitter
ReddIt
WhatsApp
Telegram
Linkedin
Email

EATING out is a major part of any holiday and here in Spain, we have amazing restaurants to suit every budget, but what should you expect from the menu del dia?

One thing Spain is famous for is its menu-del-dia which is usually served at lunchtime from Monday to Friday. Believe me when I say that the menu-del-dia offers incredible value for money and you’d be hard pushed to find anywhere in Europe that offers the same quality and choice at the price with wine included

Traditionally, the menu del dia was for workers who couldn’t make it home in time for lunch. Curiously, Franco is credited with its creation. He had designed a set-price tourist menu back in 1964 and replaced it with the menu-del-dia in 1970 to showcase Spanish regional cuisine. Today, it still fits that original purpose, a nourishing and complete three-course meal that offers good value for money. Even if you don’t see the set-price menu board outside a restaurant, it’s always worth asking staff whether they offer a menu del dia.

You’ll come across the menu-del-dia chalkboards in every town and village, city and even some airports and train stations offer them. The average price is around €10 but on the busy main streets anything up to €15. If you are prepared to walk a little bit more from the centre of the city or town, you’ll find dozens of boards offering the menu del dia in Spain for under €10.

Often at weekends and in the evenings, there is a higher charge ranging from around €15 to €25 depending on where you are. What should you expect from the menu del dia?

After years eating out in Spain, and planning meals with friends, I’ve come to realize that the best sign of a great restaurant isn’t the look of the place or the price, it’s how many people eat there. Anywhere that’s busy with locals eating at 1.30pm is going to be great as the Spanish generally only go for lunch at 2pm, so you know they are going early to get a table and the most choice. The busy places plan for multiple sittings but if you know a place is good, we recommend going early to avoid waiting for a table.

Some of the chalkboards might look a bit rushed but that’s a good sign, it has been written quickly by the chef after he or she has returned from the food market. This is why you rarely find translations of the menu in English. In fact, if you see anything that indicates that the actual menu wasn’t prepared that morning (laminated menus, translations etc) then avoid the place!

One of the reasons I love eating this way is because it is always local and seasonal. The chefs buy and serve what’s on offer at the market – which is what is in season. They also serve what the clients want to eat, which is warming and comforting stews in winter and more grilled dishes in the Summer.

If you are eating on your own or with just one other person, you may have to decide between the red wine or the water. If there are four of you or more, you can just say ‘agua y vino’ and they’ll bring both a bottle of wine and water to the table. In the larger cities, restaurants are starting to serve glasses of wine rather than bottles so don’t be insulted if it happens to you. If you don’t want wine and prefer a draught beer, just ask.

You will always be served a basket of bread or a bread roll with or just before the first course appears. If you want more, ask for it. Butter is never served, although if you specifically ask for it, it will be brought, with a raised eyebrow or two. You might find olive oil on the table and you can use that if you don’t like dry bread but I recommend you wait and dip the sauces from your plate.

The first course isn’t a starter, this threw me at first, it’s actually your main course. So, if you are hungry, this is where you need to pack in the carbs and the volume. Pulses are your friend if you are starving because they are filling. Pasta and rice dishes also crop up here a lot. For those of you looking to shed pounds rather than gain them, look out for the soups and the salads rather than the lentils.

The second course is where you get your protein. You’ll find meat, fish and perhaps an egg-based dish here. The pricier the menu the better the cuts of meat or varieties of fish. But cheaper cuts don’t mean bad quality, the opposite in fact. I love slow-cooked beef cheeks, the homemade meatballs in a rich almond sauce and the stuffed peppers, these are the dishes you rarely prepare at home and if you do, you don’t do it as well as the Spanish with their recipes which have been passed down through multiple generations.  Sometimes these are served or garnished with a few fried potatoes or side-salad but you’ll find plenty of places that just serve it as it is. This is how the Spanish eat.

Desserts tend to be egg-based in Spain. The king of all menu del dia desserts is the ‘flan’ which is a crème-caramel often served with cream. Rice pudding is another one that crops up a lot. And natillas which is a custard. Sometimes you get a mini Magnum or Cornetto but I find you get offered these more if you have children with you. Fresh fruit is another popular offering. I love when strawberries are in full season around Easter time and the restaurants prepare them with cream, orange juice and a delicious aged balsamic vinegar.

You can order a coffee afterwards and it will be added to the bill as an extra. If you haven’t ordered dessert, you generally won’t be charged for the coffee (it replaces the dessert). When having your coffee, you’re usually offered a free digestif if you look like you’re not in a rush. ‘Chupito’ is the word for an after-dinner shot. Go with whatever is on offer. It’ll come in a shot glass and might be herbal, honey-infused or something sweet like hazelnut, coffee or Bailey-like cream liqueur.

Some restaurants are aware that the two-hour lunch break doesn’t suit everybody. If you see the ½ menu, it usually refers to having a starter and a dessert for a little over half the price of a three-course. Other places offer a ‘plato del dia’ which costs about €5 and you pay your drinks, bread etc as extra.

Give it a go and try something new, tasty and local. It will save you money and help keep a family business going in these difficult times.

We hope you enjoyed this article “What should you expect from the menu del dia?”. 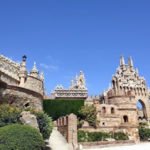