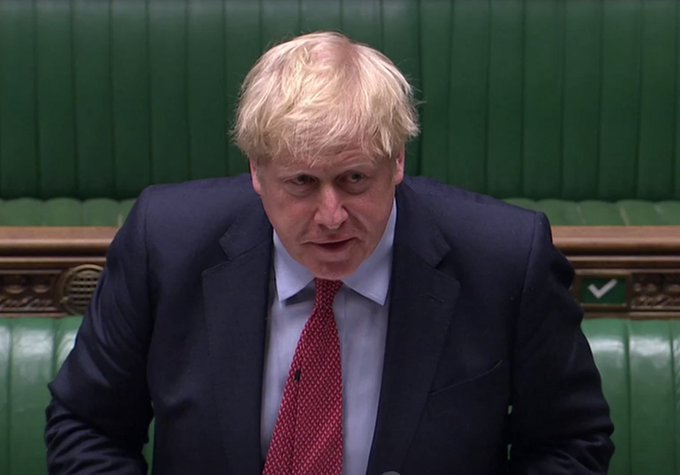 PRIME Minister facing Tory revolt over new regulations. Boris Johnson, is facing yet another Tory backbench revolt over his handling of the coronavirus pandemic.

Johnson, who introduced a new regulation which limits groups of people allowed to gather to only six. The Scottish Government has followed this guideline however, as is par for the course, they have introduced a slightly different measure than that implemented in England.

Nicola Sturgeon announced that Scotland would also implement the six-person rule from Monday however the Scottish Government has exempted children from the restriction. While the Scottish First Minister acknowledged that there was still a long way to go in battling the pandemic however allowed leeway for children under 12, who are part of two meeting households, to be exempt from the restriction.

This decision has prompted Tory MPs to collectively warn the Prime Minister that this difference in policy has the potential to undermine his premierships and paint a negative image of Johnson as we approach the festive season.

The MPs have also stated that the “broad brush” approach being pursued by Johnson and his Government is not going to garner public faith. Many of the individual counties in England currently have a low infection rate prompting complaints and frustrations about the new restrictions.

Data from local authorities in England demonstrated that 65% of the councils have a rate of infection below 20 out of 100,000.

Conservative MP for Wycombe Steve Baker has been quoted as saying, “I doubt the government’s measures can long endure when it is becoming clear that they are disproportionate.”

There is mounting criticism from other MPs who have highlighted that the new restrictions might be “worse than the disease itself”.

Matt Hancock addressed the House of Commons this week and was confronted by a number of MP’s regarding the government’s strategy. Sir Desmond Swayne said “Is there no scintilla of doubt in (his) mind occasioned by the growing body of scientific opinion which questions the interpretation of the data and concludes that the policies of governments, I use the plural, the policies of governments are having an impact worse than the disease itself?”

Mr Hancock replied, “I firmly believe, not only based on the clinical advice, but also based on my own analysis of and judgment of the facts and the international comparisons, that it is necessary for the public health of the nation to take actions to control the spread of the disease.”

A number of MP’s raised the issue that new regulations were continuing to be rolled out without full disclosure and discussion within the Commons.