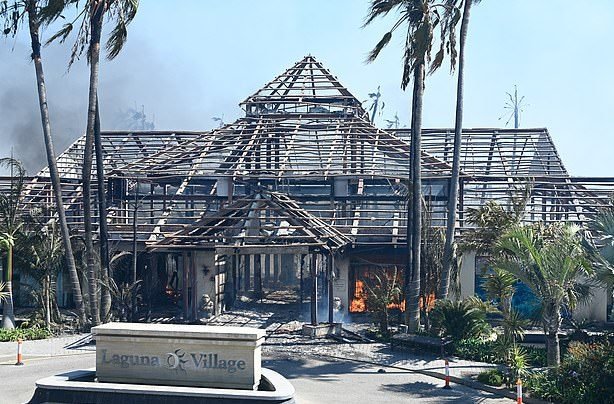 Laguna Village, in Estepona, entirely devastated by fire with nothing left but an empty shells of the once glorious resort.

The fire, which started early on Saturday afternoon, took hours to get under control with multiple emergency services personnel working tirelessly to tame the blaze.

In the photos below, it is evident that the fire tore through the structures destroying everything in its path.

It is as yet unclear how the blaze started however there are unconfirmed reports that a man has been arrested in relation to the incident.

The Mayor of Estepona, José M García Urbano, has stated that the perimeter of this fire is now under control despite Laguna Village left as an empty shell. The blaze has devastated the entirety of the Laguna Village shopping centre, affected the five-star Kempinski hotel and resulting in the eviction of at least 30 homes.

Thankful there have been no casualties of this tragic event.

In the video below, released to facebook by the fire service, the true devastation of the resort can be seen.

Nearby Claro Restaurant and Beach Club have taken to Facebook that all staff and guests from Laguna Village are safe and well.