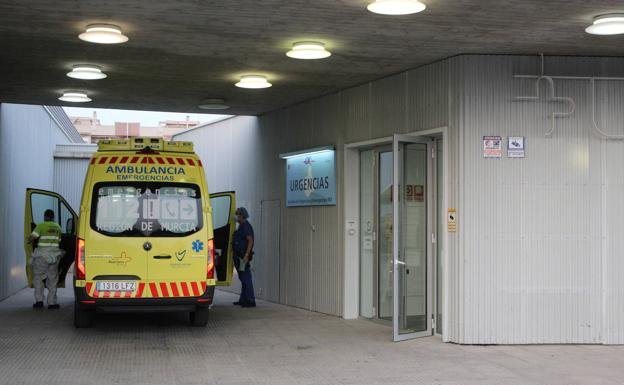 The boss of the labourer, killed by a heat stroke in Lorca, was arrested shortly after.

The deceased, who was callously left unconscious in a van left by a health centre, died after suffering heatstroke.

The Civil Guard arrested the boss of the day-labourer who died of heatstroke this Saturday. It is understood that the deceased was left in a van at the Sutullena (Lorca) health centre. According to sources, the arrested, of Ecuadorian nationality, faces an alleged crime against workers’ rights firstly, with other charges possible. The farmworker apparently was illegal in Spain and was not registered anywhere.

The 42-year-old man was knocked unconscious (by whom the police have yet to find out) at the Sutullena health centre in Lorca at around three-thirty in the afternoon on Saturday. As explained by health and emergency sources, someone who was travelling aboard the van left him lying at the door of the ambulatory and quickly left. The clothing of the deceased led police to deduce that he was an agricultural day labourer, a farmworker. The man had symptoms of having suffered a severe heat stroke.

Lorca, in Murcia,  broke a record this Saturday by registering the highest temperature in the country. The Zarcillos de Ramos station came to record a whopping 44.4 C (111.92 F)!!, according to data collected by the State Meteorological Agency (Aemet).

The health workers at the health centre urgently requested an ambulance to transport the man to the Rafael Méndez hospital, where he sadly died. Staff immediatley notified the Civil Guard and the Institute of Occupational Safety and Health, who have already started an investigation into what happened.