A BRITISH family cancelled plans to fly out to Javea after their villa was taken over by squatters.

A lady, identified in the Spanish media as Evelyn, maintains the 12-room property with swimming pool and a large leafy garden for the owners.

Five days before they were due to arrive the house was empty, she told Levante newspaper, but next day the locks were broken and washing was hung out to dry by squatters.

“I saw three youngsters run away.  Later I found the couple who broke into the house,” Evelyn said.

When she called the Guardia Civil they explained the squatters could not be evicted without a court order. 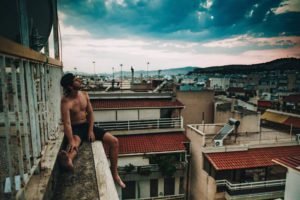 Evelyn and her husband spoke to the couple, aged 25 and 19, who claimed they had nowhere to live and were unmoved by arguments that they were depriving them and other staff engaged to look after the family of the right to work the squatters claim that this how they can use the Spanish law in their own advantage.

Instead, when Evelyn took their photo, they rang the Policia Local who explained that the squatters were protected under “Inviolability of the home” legislation.

Meanwhile, nothing can be done to remove them until the court order arrives, a resigned Evelyn said.

With the backlog in the courts it is impossible to know more or less when the case will/can go to trial.

Thank you for reading: ‘Here to stay, Javea squatters claim’, If you think your friends may be interested in this article, please do remember to Like and Share.