the art of publishing
More
Home News Wetherspoons Launches ‘Sunak’s Specials’ and Slashes a Pint of Beer to £1.29... 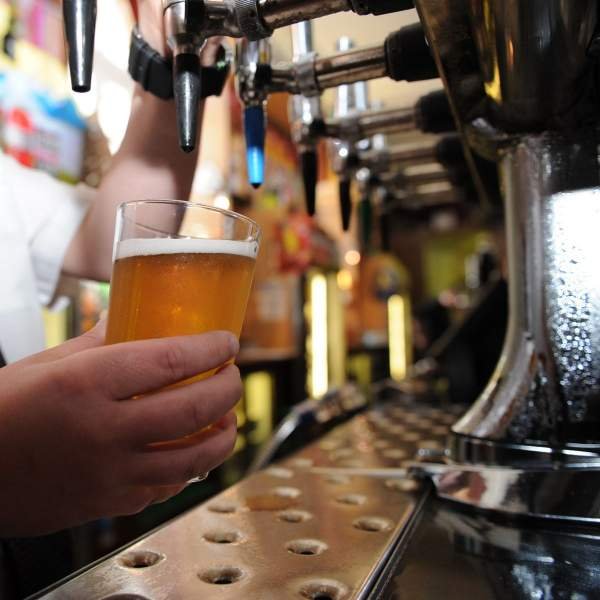 PUB giant Wetherspoons said it would reduce prices on meals and drinks following the government’s decision to cut VAT on food, coffee, and soft drinks. The chain, which has 867 pubs, has also produced posters praising Chancellor Rishi Sunak as a ‘legend’ after the decision to reduce VAT from 20 per cent to 5 per cent. 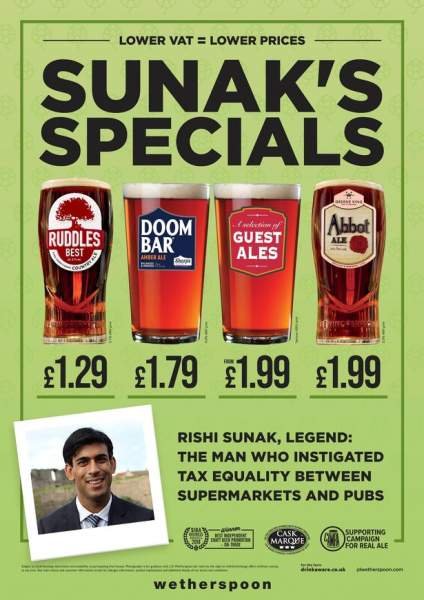 Messages including Sunak’s Specials and Dishi Rishi will be displayed alongside details of lower prices on some drinks and food in place from this Wednesday.

All Wetherspoons pubs including those in town and city centres, airports, and stations will see prices reduced for these products.


Tim Martin, Wetherspoons’ founder, and chairman said: “Wetherspoons will invest all the proceeds of the VAT reduction in lower prices, spread across both bar and food products, with the biggest reductions on real ale. Supermarkets pay about two pence per pint of business rates and pubs pay about 20 pence.”


Neverspoons – named after the Twitter hashtag that slammed Wetherspoons’ founder Tim Martin for his attitudes towards staff during the lockdown – is helping independent pubs put bums on seats, well, beer stools, to be precise.

The app works by showing the users where the nearest Wetherspoons is and then showing the independent venues nearby. The program has been downloaded 18,000 times, which although small, has already exceeded its creator’s expectations.

Young girl struck and killed by a stray bullet in Chicago