A serious outbreak of the coronavirus has flared up at a farm in Herefordshire with 73 workers so far testing positive and hundreds more impounded.

The outbreak in Mathon, near Malvern, is being closely monitored by PHE Midlands, with 200 workers now forced to isolate in mobile homes on the site.

The mass testing was carried out after some workers started to show the first symptoms of the killer bug. It comes after the Midlands regions have seen spikes in cases in recent weeks, with Leicester remaining under local lockdown – and the UK death toll doubled on last week. The farm, AS Green and Co, was busier than normal because it is the harvesting season, where workers come and live on-site on the Herefordshire-Worcestershire border. 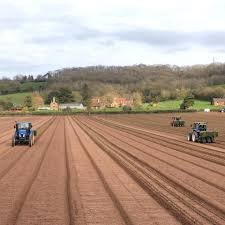 During the busy summer season, workers spend their days picking and packing vegetables ready for the markets and other customers.

Katie Spence, PHE Midlands Health Protection Director, said: “A small number of workers became symptomatic earlier this week and they and a few close contacts among the workforce were tested initially and found to be positive.

“In line with NHS guidance, affected individuals were asked to self-isolate for seven days, with their households and close contacts asked to isolate for 14 days.

“As we have seen a global trend of large food producers being subject to outbreaks, as a precautionary measure, the decision was made to test the entire workforce. 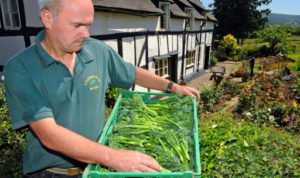 “The initial batch of results showed a significant percentage of positive cases, despite these individuals being asymptomatic.”

The site is still waiting on all the results back for the staff tests, but 73 positive cases have been confirmed so far, it is expected that there will be a lot more positive tests to come back. Health officials then face the daunting task of trying to locate the source, or spreader, as they called, it may be that other clusters could be involved and that is the worry.