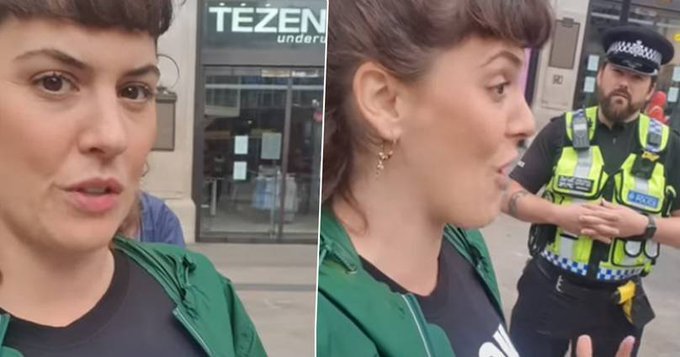 Police were forced to apologise to a woman after she was asked to cover up an anti-Boris Johnson slogan on her T-shirt whilst attending a Black Lives Matter rally in central London on the third of June.

Jessie-Lu Flynn, an actor, was approached by two police officers when she and a friend were leaving the demonstration and making their way towards Oxford Circus. The officers asked Flynn to close her jacket to cover up the slogan which read “F***k Boris”, informing her that was breaching the Public Order Act as it could cause alarm or distress.

Feeling that something was not right and the action prevented her right to express her own political opinion, she filmed the incident and then began legal action, after which the police issued an apology and admitted that the request for her to cover up her clothing and her brief detention had been unlawful.

Flynn was content with the apology from the chief constable of the British Transport Police and says she is now “confident” she can wear the T-Shirt without fearing arrest, as well as defending her principle to wear whatever clothing she chooses or her right to “criticise the government”.