the art of publishing
More
Home General News Doctors Without Contracts Treated Elderly Patients At Care Homes In Madrid At... 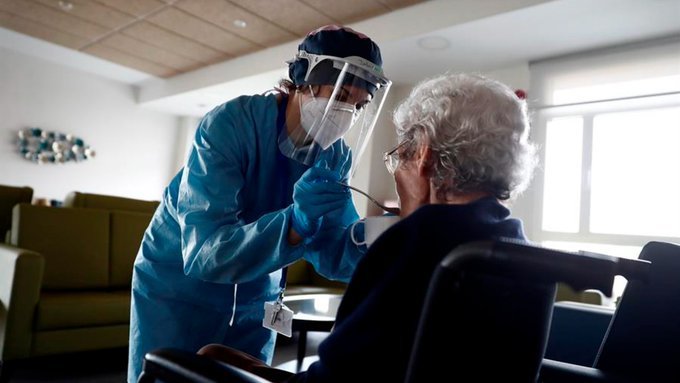 The plan to “medicalize” care homes initiated by the president of the community of Madrid, Isabel Diaz Ayuso, employed Venezuelan health care providers without a contract.

Ayuso employed the company Transamed to assist in the crisis which in turn, employed three foreign doctors to carry out the visits to the elderly patients. When these professionals asked to be paid, the owner of the company told them that there were more health workers who wanted to work and that he had “no reason to make any contract” for them.

The three Venezuelan doctors were residing in Spain on a student visa and were not registered with the Social Security, despite making visits to care homes to treat geriatric patients during the critical days of the pandemic in which more than 7,000 elderly people died in the capital.

When the workers complained, the company’s manager, Eduardo Aragonés, threatened to dismiss them in order to recruit other doctors who were more in need of work and would not mind about working illegally, according to WhatsApp messages sent to staff.

Besides the lack of legal contracts, complaints against Transamed also include delays in payments and salaries below what workers were initially promised.