Archeologists have used ground-penetrating radar to reveal a complete Roman city at Falerii Novi in Italy.

It is the first time this type of technology has been used, which requires no digging, and it has been hailed as revolutionary for the future of archeology.

The resulting scans have provided highly detailed images of the ancient city. The team of archeologists from the University of Cambridge and Ghent discovered a bathhouse, shops, a theatre, and several temples. 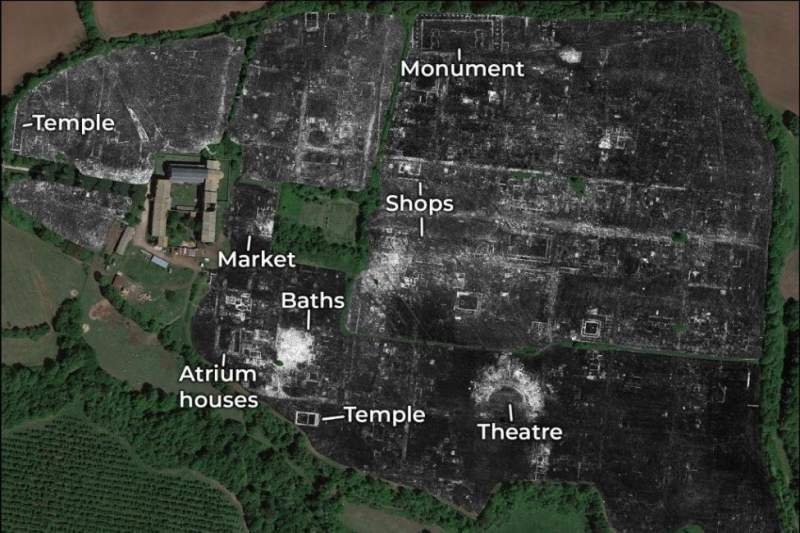 The team also discovered an unusual public monument of large proportions which they posit may have had a religious function for the residents of the city who pre-dated the Romans.

Experts say the pioneering use of ground-radar technology also enabled them to map out a processional route around the city which would likely have not been found using excavation alone.

The site in Falerii Novi lies around 50 km north of Rome and covers about 30 hectares, just under half the size of Pompeii. As the area had not been built on, the team were able to use a quad bike and radar antennae sending radio signals into the grounds that bounce off solid objects creating echoes allowing the archeologists to map out structures beneath the surface of the ground.

“This took one person about three to four months in the field,” said Martin Millett, a classical archeology professor at the University of Cambridge. “This really does change how we can study and understand Roman towns – the way of the future for archeology.”