the art of publishing
More
Home News Costa Blanca North Only 5% of the Spanish population is immune to the coronavirus –... 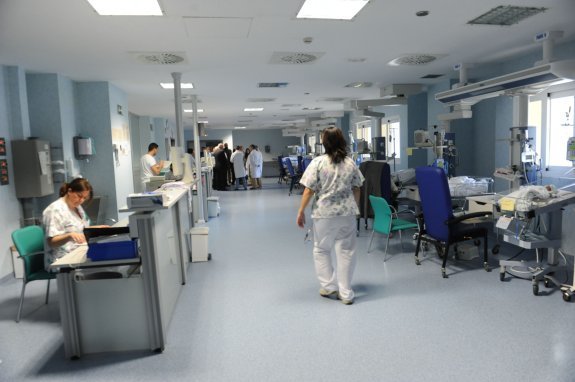 Residents of Spain’s Costa Blanca and Costa del Sol are in higher categories of the population that show more resistance to infection from the coronavirus.

THE latest scientific study revealed that the pathogen has had more effect in the interior regions of Spain and has infected much less in the coastal provinces. Madrid and Castilla La Mancha are the communities with the highest prevalence, greater than 10 per cent, and the Autonomous Communities with the least immunity are Murcia (1.4 per cent), Asturias (1.8 per cent) and the Canary Islands (1.8 per cent).

Spain, like the rest of the countries in the world, is very far from the desired ‘herd immunity’ that would allow it to launch into a much more aggressive de-escalation and with fewer precautions and on average only 5 per cent of the national population would currently have Covid-19 antibodies.

Of course, there are huge differences between provinces and communities. The virus has been much more virulent inland than in the coastal areas of the country, being densely populated, similar to London and New York, Madrid did suffer badly at the start of the outbreak.

The data shows that in the absence of a vaccine or an effective treatment in sight, Spain – with only 2.3 million immune to a population of 47 million inhabitants – can only try to contain the pandemic with measures of social withdrawal and hygiene since community immunity is only achieved with a minimum of 60 per cent of the population with antibodies.


The study has also revealed that 26 per cent of Spanish positives are completely asymptomatic, meaning producing or showing no symptoms even though they have the disease.

It was revealed that there is not much difference in immunity between the sexes or by professions, since the prevalence among essential workers (5.3 per cent) is very similar to that of other employees who, since the beginning of confinement, have remained at home.


Neither in health professionals is there a higher rate of people who have been in contact with the pathogen and have developed antibodies. Yes, there are more differences by age ranges, where there are fewer positive cases in minors, according to rapid tests that detect antibodies and whose reliability is being confirmed by laboratory analysis.

The results of the study, in which 60,000 people from 36,000 homes are being monitored who will be visited twice more, have been presented to Moncloa by the ministers of Health,

The director of the CNE has highlighted that one of the conclusions that have most caught the attention of researchers is that there are differences in prevalence (that is, in the percentage of infected people) according to the symptoms manifested by citizens.

Eight per cent of subjects who had three symptoms have passed and recovered from the disease.

Those who presented with five symptoms have a prevalence of 14.7 per cent. And people who have reported a sudden loss of smell have been infected in 43 per cent of cases.