Marine life is making the most of State of Alarm on the Costa Blanca, with dolphins sighted off the coast of Albir enjoying having the waters almost entirely to themselves. 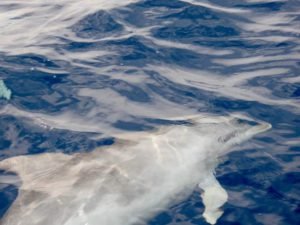 Alfaz del Pi Council has shared pictures taken by the  the Marine Surveillance Service of the Serra Gelada Natural Park this afternoon, swimming close to the town’s lighthouse.

The images were taken during the Marine Surveillance Service’s daily task of monitoring the protected maritime area. 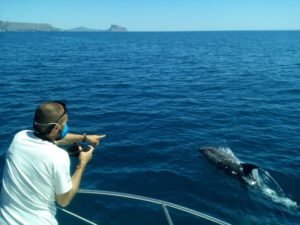 In addition to their analysis of marine life, the team also released a tufted cormorant found injured a few days ago.

The bird was given the good-for-go after a spell at the Centre for Fauna Recovery of Santa Faz. 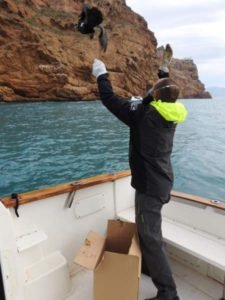 Alfaz del Pi’s Councillor for the Environment, Luis Morant, took advantage of the dolphin sightings to highlight the daily surveillance, control and management of the sea strip of the Serra Gelada Natural Park carried out by the technicians.

The surveillence project is a joint preservation initiative between Alfaz del Pi, Albir and Benidorm, together with the Altea Sailing Club.

In addition to detecting irregular activities and acting accordingly, another of its functions is to report sightings of unique species such as dolphins or other species that sometimes pass through these waters.