the art of publishing
More
Home News Costa del Sol Coronavirus: Germany’s Death Rate is similar to Spain’s Andalucía Which is Only... 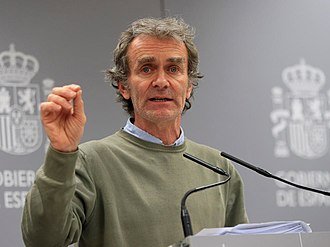 There have been 1,515 new positive cases of the coronavirus in Andalucía, however in the last 24 hours there have only been 228 new cases, compared to the 279 cases recorded on Friday.

The fatality rate in Andalucia, which measures the number of deaths per number of cases, is relatively low, 0.2%, in comparison to the rest of Spain. This percentage is similar to that of Germany’s. One of the mysteries of this pandemic virus is why each region and country has seen such different mortality rates, even in countries with similar characteristics.

It is possible that the lack of testing increases the rate in some territories, although the average age of the population has also been affecting these numbers. For example, in Italy the mortality rate has been higher than that of China, where life expectancy is lower.


It must be taken into account that these fatality rates are only deduced from recorded data, which may be incongruent with real life statistics, as testing for the virus has been an issue worldwide. However, Spain currently suffers from a 5.3% fatality rate, which is lower than Italy’s, which is 8.6%. Fernando Simon, the director of the Centre for Coordination of Health Alerts and Emergencies of the Ministry of Health in Spain, admitted that he did not understand the reason behind Germany’s mortality rate and what was causing this low number. Madrid, La Rioja and the Pais Vasco are the areas with the highest mortality rates.


The pandemic is still rising in Andalucía but this new information indicates that the risk of the illness progressing to worse stages is instantly lower. There are 228 new cases as of today, whereas there were 279 new cases on Friday.

However, the situation is still dire because those hospitalised are still filling up hospital spaces. This is even more worrying for those who find themselves in the Intensive Care Unit (ICU) because the average stay in this facility is around two weeks.

The total number of recorded cases in Andalucía is 1,515, 53 of which are currently in the ICU. There has been a total of 40 deaths so far and 605 cases are currently in hospital being treated, which is 100 more than the day before, whilst the rest of cases are recovering at home under extreme monitoring.

Cases per province (As of March 21)