Residents living in Edificio Cristal on Fuengirola’s sea front are still recovering from shock after hearing upon a body being removed, with the corridors being totally disinfected by 5 cleaners fully dressed in Hazmat suits. 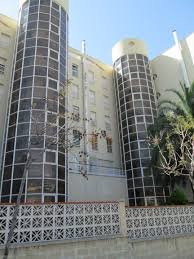 Ivan from Norway originally, who resides in the 3rd block told the Euro Weekly News: ” It was in the middle block, my step son had gone to take the dog out and as he came out the lift he witnessed the events, he came running back with the dog to our apartment very scared, I went down to find out what was going on and 5 people were immediately in Hazmat suits disinfecting, they told me it was the middle block and I believe from an upper floor apartment, I’m not sure if it was a coronavirus death or they were just taking precautions but I wasn’t having about until the total disinfection took place, which has now”

Another witness Stephanie Bootle who was collecting her mail from the downstairs lobby mail boxes said” It brought it all home how scary this situation is right now, it shook me to the core, seeing them people all suited up gave me the shivers and I haven’t been able to block it from my mind”

Block resident Debbie Rodber said ” Our block is in the middle, I didn’t see it but others warned me about it, apparently it was on a higher floor, I haven’t used the lift since”


No further details have been established if it was a coronavirus death but precautions have been deployed with a full disinfection that shocked the residents clearly!