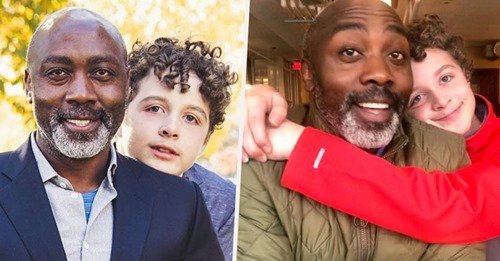 A 13-year-old who was abandoned by his adoptive parents has found a new home and father.

When Tony was 11, his adopted parents left him at a hospital and never returned. Two years later on November 12, 2019, Tony was adopted by his foster dad, Peter Mutabazi, from North Carolina.

Tony had been in the foster care system since the age of 2. When he was 4, he was adopted by a couple in Oklahoma. No details are known about his birth parents.

“From day one, he’s always called me ‘dad.’ He truly meant it and he looks up to me. He’s proud to show me at school and say, ‘Hey, he’s my dad.’ That’s something that I love about him.”

Recalling Tony being abandoned, Peter said: “He asked if his parents were coming to get him and they said no. ([We have) no idea why.”

On Jan. 16, 2018, Mutabazi received a call from foster care worker, Jessica Ward, asking if he could take Tony for the weekend.

Peter was only due to have Tony for two days, but then learned his story.

“By that time, I was crying. I thought, ‘Who would do that?'” Mutabazi said.

“Once I knew the parents’ rights were signed off and he had nowhere to go, I (knew) I had to take him.”

Tony and Mutabazi have been together ever since.

Mutabazi moved to the United States and became a citizen after he ran away from his abusive home at the age of 10.