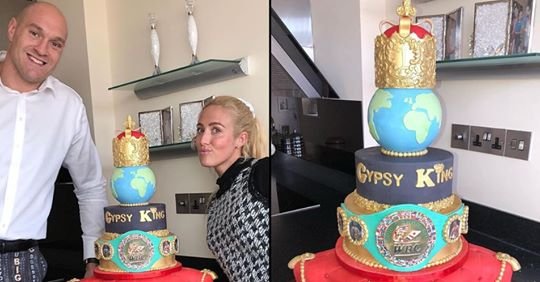 Paris Fury, wife of Tyson, has expressed how proud she is of her husband by surprising him with a huge cake celebrating his world title victory.

Tyson, 31, lineal heavyweight champion of the world, became a world champion for the second time claiming the WBC belt from opponent, Deontay Wilder.

It turns out that no one is more proud of the Gypsy King than his own wife, Paris. She produced an impressive four-tier cake with the famous WBC green belt at it’s base. The cake was set on a cushion that highly resembles the throne that Fury entered the ring on before his bout with Wilder. 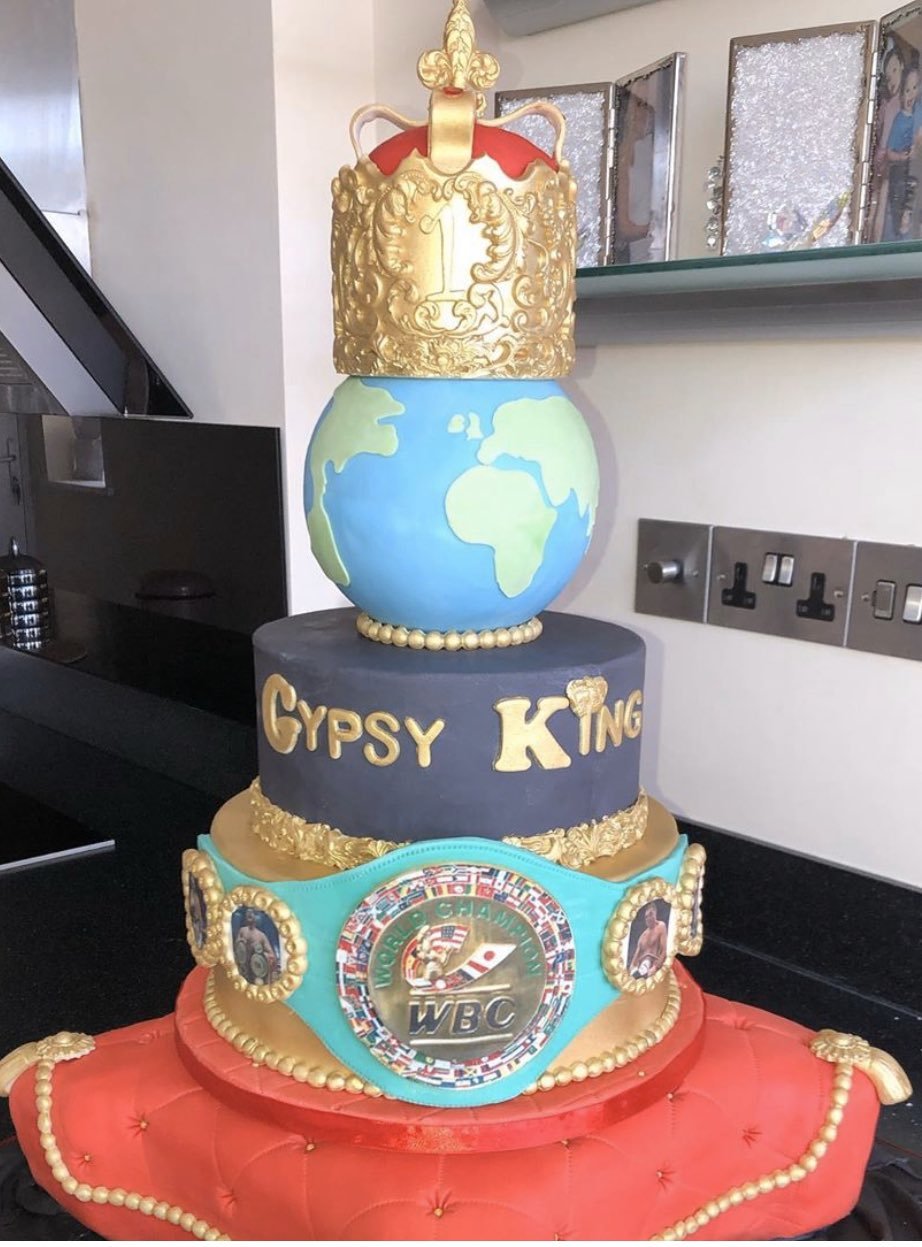 The second tier included Tyson’s famous alias ‘The Gypsy King.’ A globe was laced on the tier above, with the whole cake being topped off with a golden crown with a No.1 on it.

Paris wrote on her Instagram: “Just a little cake to celebrate bringing back the WBC belt.”

After his stint in Vegas, Tyson said how the city ‘felt like ‘Manchester’ due to all the British fans that made the journey across the pond. He added that he was in the ‘prime of his life’ and wasn’t thinking of his next fight just yet.