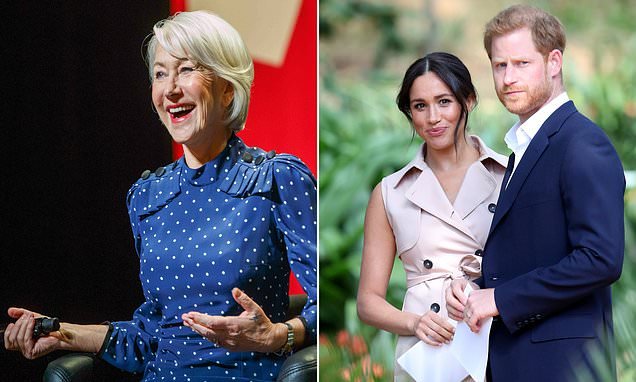 Dame Helen Mirren has said she ‘applauds’ the Duke and Duchess of Sussex’s decision to no longer carry out official royal duties.

The 74-year-old actress, who won an Oscar for her role as the Queen, says that Meghan is ‘a fantastic addition to the royal family’ and that their decision to step down would be a major loss for the public.

However, she said: “I think their instincts are absolutely right, and I applaud them for it. Hugely actually. Of course, it is complicated.

“Meghan Markle was a fantastic addition to the royal family – charming, did everything right, was gracious, was sweet-natured, and seemed to be … Wow! What a lovely addition. Didn’t seem to be neurotic…

“So, I think it is a loss in a way, but at the same time I think their instincts are absolutely correct.”

This comes after David Beckham also showed support for the couple. He told that he was ‘proud’ of his ‘amazing friend’ for his marriage and birth of son, Archie.

Beckham also praised their decision to step down as senior royals and relocate to Canada, saying The Duke of Sussex is finally ‘growing up.’