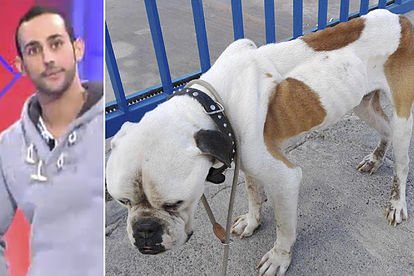 Javier Cohen, the ‘Mujeres y Hombres y Viceversa’ contestant from Alicante, has been sentenced to nine months in Spanish jail for starving his dog on the Costa Blanca.

Javier Cohen pleaded guilty to domestic animal abuse which saw him get a reduced sentence despite the prosecution asking for an 18 month sentence in total.

The animal abuser was also banned from owning animals for two and by the criminal court in Valencia.

Cohen who already has a police record and has a previous conviction for domestic violence, could escape the  prison sentence  if he completes a re-education programme on animal care.

Cohen was nabbed  after he took  the three-year-old American bulldog to an animal shelter claiming he had found it abandoned and that he was not the owner.

Unfortunately the poor unhealthy dog had to put down by vets to avoid further suffering.