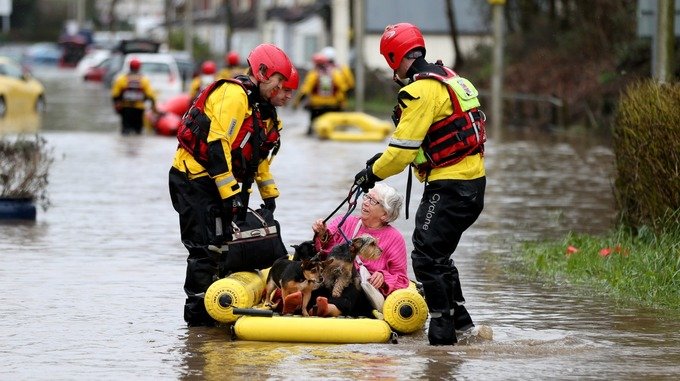 Fundraising appeals have been launched to aid the victims of Storm Dennis in South Wales, with nearly £30,000 raised in 24 hours.

Storm Dennis smashed large portions of South Wales over the weekend, with numerous people being evacuated from their homes by lifeboats. Many were taken to emergency rescue centres after homes and business were damaged and destroyed by Storm Dennis.

Local businesses are collecting donations for the people that have been dramatically affected, with several online fundraisers being set up online and collectively raising nearly £30,000 in only 24 hours.

I’ve had dozens of messages from people in the Rhondda who have lost all their possessions. Insurances a luxury if you’re up against it, so please be generous.

Taff’s Well rugby welcomed those in need, offering hot showers, food and drink. It has also now become a collection point for essential items, including toiletries and bedding.

Sandbags were also delivered by a local building firm for residents attempting to counter the flooding in Treorchy and Pentre.

Plaid Cymru AM Leanne Wood, who represents the Rhondda in the National Assembly for Wales, said: “The way communities in the Rhondda have pulled together, in adversity, to help those in need, has been absolutely astounding.”