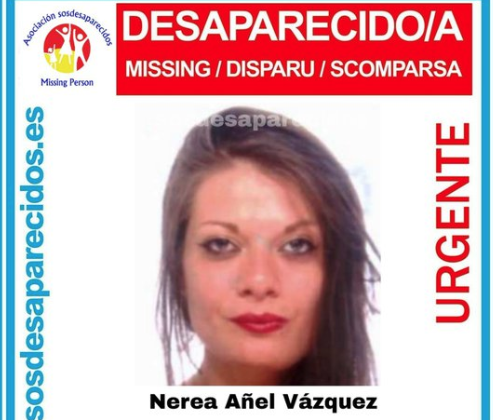 THE National Police are urgently looking for a 26-year-old woman who disappeared from her home in Spain’s Ourense on January 20.

Fears are now mounting for the safety of Nerea Añel Vázquez after the young woman’s father filed a complaint at the police station about her disappearance on February 5, stating that he had not seen his daughter since Christmas.

Police subsequently launched a search operation to find Nerea in different areas of Ourense, however, she has still not been found.

As Euro Weekly News understands, investigators believe that she did not disappear voluntary and could be in danger.

Nerea is described as being 1.60 metres tall, slim, with brown hair and green eyes and has tattoos on both of her arms.

Anyone with information on her disappearance is asked to call 112.