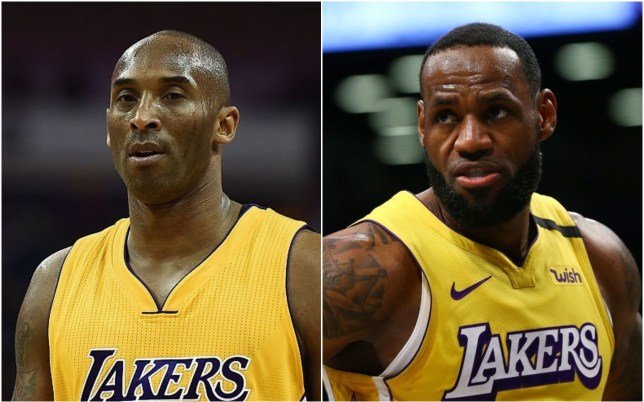 The BBC has apologised for mistakenly using footage of Lebron James during their coverage of Kobe Bryant’s death.

NBA and sporting icon Kobe Bryant died in a helicopter crash which killed 9 people, including his 13-year-old daughter, Gianna.

During the BBC’s ‘News at Ten’ programme, they were covering the recent news of Bryant’s death, who formerly played for the Los Angeles Lakers. However, they mistakenly were using footage of Lebron James – who is also an enormous NBA star and plays for the LA Lakers.

BBC have claimed they were attempting to highlight the fact that Lebron James overtook Kobe Bryant on career points, which happened the day before the accident. However, the voiceover did not explain to viewers why the footage was being used. This left many people frustrated that they had mixed up the two black sporting icons.

Newsreader Reeta Chakrabarti addressed the issue at the end of the bulletin, saying “In our coverage of the death of Kobe Bryant, in one section of the report, we mistakenly showed pictures of another basketball player, LeBron James.


“We do apologise for the error.”

The BBC were heavily criticised for the error online, by upset fans. A Twitter user posted: “Who cut this????? BBC news using footage of Lebron James instead of Kobe Bryant in their obit!!!!! IT EVEN SAYS JAMES ON HIS SHIRT.”

Another user said: “Can you explain why you showed footage of LeBron James rather than Kobe on the Bbc1 10pm news? Pathetic BBC!!! A user added: “Absolute schoolboy error.”

The death of Kobe Bryant, aged only 41, was shattering news for sports fans around the globe. Large masses of people gathered outside the Staples Centre to begin tributes to the legend – despite being instructed not to by police, as the Grammy’s was being held there.

Paul Royall, editor of BBC News at Six and Ten, apologised for the mistake and blamed “human error”.

He tweeted: “In tonight’s coverage of the death of Kobe Bryant on #BBCNewsTen we mistakenly used pictures of LeBron James in one section of the report. We apologise for this human error which fell below our usual standards on the programme.”

The five-time NBA champion traumaticlly died alongside his teenage daughter, Gianna, and seven other people. All people that died in the crash have since been identified. The helicopter came down into the hills above Calabasas, outside Los Angeles, on Sunday morning.

Bryant and Gianna, are survived by mother and wife Vanessa, with their remaining three children.