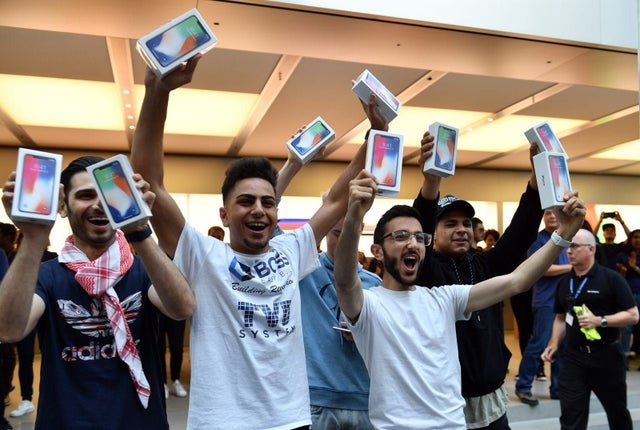 Last week, the US tech company stealthily made the decision to reduce the trade-in value of a variety of their products, including Macs, iPhones and iPads. This will mean that some consumers will be caught out when looking to trade in their devices – as they will slapped with a much lower price than expected.

Apple customers have the option to use the ‘recycling’ option when it comes to purchasing new products. They trade in their old devices in exchange for Apple credit, which in turn is commonly used to reduce the overall cost of their new purchase.

The Macbook Air Pro was dealt the biggest slash, being cut from £900 down to £610. Meanwhile, the Macbook Air has fallen from £400 to £190. The entry level Macbook has altered from £380 to £300. Furthermore, previous iPhone models have received an estimated fall of 25%. However, there is some positive news from Apple’s changes, with iPad Pro owners seeing their device increase slightly from £240 up to £270.

Apple has not been a stranger to making big decisions in recent years. They notoriously decided to remove all headphone jacks on new iPhone models, in anticipation of their recently launched ‘Airpods.’

A leading Apple analyst recently suggested it could be about to remove the last remaining port on its upcoming iPhones – resulting in wireless charging being made compulsory. Whilst the novelty of wireless charging is certainly appealing, the efficiency when compared to charging ports is currently much lower.

Loyal Apple customers may be displeased with this potential change, with them most likely having a plethora of charging cables – which would be made redundant by the mandatory wireless charging.

With Apple netting a revenue of $64 Billion in the last quarter of 2019 alone, we can’t help but question whether these value changes can be seen as necessary to the company’s welfare. Had the changes not taken place, they would’ve survived just fine.