the art of publishing
More
Home News UK Globe-trotting Boris Johnson ordered to ‘get off his sun lounger’ and make... 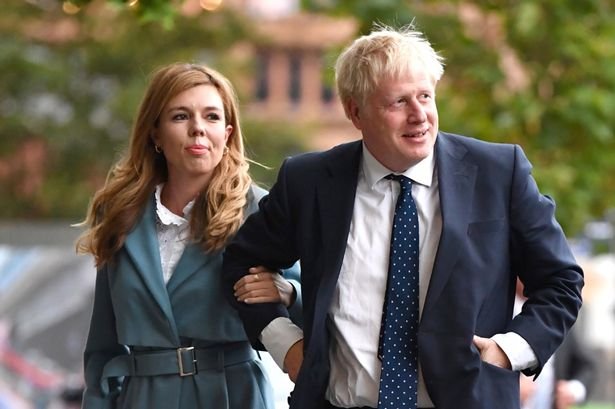 THE Prime Minister has been ordered to “get off his sun lounger” in the Caribbean and deliver an imminent statement about the US assassination of a top Iranian General in Iraq.

Angela Rayner, the Shadow Education Secretary who is hotly tipped to make a bid for the coveted party role, has unleashed on Boris Johnson, urging the Prime Minister to talk about the escalating situation in the Middle East. Sharing her thoughts on Twitter, Ms Rayner said:

“The PM must at least get off his Sun lounger to make some kind of statement on the US attack killing the senior Iranian general and the escalating dangerous situation between Iran and the USA. Leaving it to the hapless Dominic Raab will not suffice.”

The PM must at least get off his Sun lounger to make some kind of statement on the US attack killing the senior Iranian general and the escalating dangerous situation between Iran and the USA. Leaving it to the hapless Dominic Raab will not suffice 😩


However, Mr Johnson is yet to reply, largerly considering his breakaway from the UK where he has been enjoying a blissful holiday in Mustique with his partner Carrie Symonds, leaving Foreign Secretary Dominic Raab to hold the fort back home. Maing a short statement on behalf of the government Mr Raab said:

“We have always recognised the aggressive threat posed by the Iranian Quds force led by Qassem Soleimani.

“Following his death, we urge all parties to de-escalate. Further conflict is in none of our interests.”

Despite the statement, Labour MP’s believed it was ‘too little too late’, where Labour’s Shadow Foreign Secretary Emily Thornberry condemned the death as a “brazen, unlawful and provocative attack.”

The airstrike ordered by Donald Trump at Baghdad International Airport killed Iranian commander Qasem Soleimani, Head of Iran’s Quds Force, alongside Abu Mahdi al-Muhandis, the Deputy Head of the Iran-backed Iraqi Popular Mobilisation Forces, in addition to at least six other people.
On Friday, January 3, the US President confirmed that he had ordered the death of the General who was widely considered to be one of Iran’s most powerful men, as tensions between the two nations steadily heightened.
As mounting strain sweeps across the Middle East, Boris Johnson has been relaxing at one of the world’s most luxurious hideaways, where it is reported that the pair are taking advantage of a plush £20,000-a-week villa on the lavish Caribbean island.