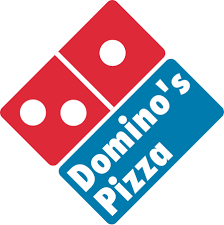 The wife and daughter of the finance director of one of Britain’s biggest takeaway chains have been left devastated after he died in a snorkelling accident while on a family holiday in Mauritius.

David Bauernfeind, 51, the chief financial officer of Domino’s Pizza UK, is believed to have drowned on Boxing Day. Local newspaper reports suggest he was found floating in the Indian Ocean by the captain of a yacht. It is understood his wife had raised the alarm, reporting him missing before his body was found. Mauritius newspaper L’Express reported that the British tourist was discovered at 11.45am local time in a lagoon off the coast of Belle-Mare, an upmarket resort area on the east of the island.

Mr Bauernfeind’s body was then taken back to shore for a post mortem at Victoria Hospital, further inland. The cause of death was recorded as asphyxia due to drowning, according to the local reports. Mr Bauernfeind, who lived in Bath, had gone snorkelling alone on Boxing Day morning. He was enjoying a Christmas holiday with his wife Nicolette and their only child Ornella, who have been left distraught by the death.

A dramatic spike in drownings in recent years led to the Mauritius government introducing sea surveillance platforms around beaches. There was a particular problem with the island’s lagoons, where swimmers and people taking part in water sports such as snorkelling and kite surfing were lulled into a false of security by the warm, and apparently still waters.

In a statement, Domino’s Pizza Group said it was ‘deeply saddened’ to have to announce the death of Mr Bauernfeind.

David Wild, Domino’s chief executive, said: “We are all deeply shocked and saddened by this tragic news. On behalf of our Board, our colleagues and our franchisees, we send our heartfelt sympathies to David’s wife Nicolette and daughter Ornella as well as his wider family and friends.

“David was hugely liked and deeply respected for his dedication and sharp intellect amongst Domino’s colleagues. He was a force for good within the business and will be greatly missed.” The family had arrived in Mauritius on December 19, and were staying in a luxury hotel at Belle-Mare.

A source close to the investigating authorities told the local newspaper: “The skipper of a yacht discovered the body floating in a lagoon off Belle-Mare on Thursday morning. The man was confirmed dead by paramedics and his body was then transported to the Victoria Hospital in Candos.

“An autopsy took place, and the cause of death was found to be asphyxiation caused by drowning. His wife has identified the body.” Mr Bauernfeind, a chartered accountant, was appointed Domino UK’s chief financial officer in October 2018. He was the fourth person to be appointed to the job in four years.

He has also been the chief financial officer of Connect Group, the newspaper distribution company formerly owned by WH Smith, and Xchanging, a technology company where he worked for 15 years. The past 12 months have been difficult for Domino’s UK which has seen the parent company plunged into a bitter row with its franchisees to whom it supplies ingredients and other goods and services.