Police have arrested a so called friend of the deceased and charged her with two counts of kidnapping and one of tampering with a corpse.

Heidi Broussard and her three-week-old daughter had last been seen, on 12 December, when she dropped her six-year-old son off at school at around 7.30am in Austin Texas.

The young baby is said to be in “very good health” – was inside the house whilst the mothers boy sat out on the driveway and is in the care of child protection services.

Police arrested her friend, Megan Fieramusca, after raiding her house and finding the grim discoveries. 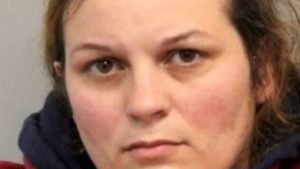 A post mortem on the mother recorded death by strangulation.

The victims boyfriend and the babies father Shane Carey said earlier in the week that her car and belongings, including her identification and baby supplies, were still at her Austin apartment the day she disappeared whilst friends had stated there was “no chance” she would have left of her own accord without her son.