A paedophile couple who made films of themselves sexually abusing young children, which included a one-year-old baby, have been jailed for more than 21 years.

Mark Gable, 33, was arrested after police discovered a clip of him molesting an infant whilst raiding the home in Colchester, Essex amongst holiday snaps of the vile pair on the Costa del Sol Spain where they regularly stayed and visited Estepona.

Police went onto find a number of others that had been shot by his 27-year-old girlfriend Jessica Fry. 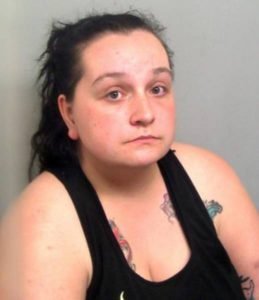 She also appeared in a video showing a sex attack on a child.

The revolting pair, both from Colchester, admitted a catalogue of ‘horrific’ child sex offences committed between 2017 and 2019 at Chelmsford Crown Court. during an earlier hearing in September.

Detective Constable Jeanine Atkins-Calver, of Essex Police, said: ‘Mark Gable and Jessica Fry are dangerous and methodical paedophiles. ‘Gable and Fry worked together to not only abuse very young children, but also documented that abuse for their own gratification. ‘Their crimes are horrific. To subject anyone to sexual abuse is abhorrent but when that victim is so young it is unimaginable. ‘They are a danger to the public and I am pleased they both now face a significant time behind bars.’

Meyrem Flint, from the Crown Prosecution Service, said: ‘Mark Gable and Jessica Fry worked together to exploit children for their own gratification. ‘This was planned, predatory behaviour targeting young children and the pair were determined to conceal their sickening crimes. ‘We would like to pay tribute to the bravery and strength shown by the children and their families and we hope that today’s result brings a sense of peace.’