There were 19 defendants on trial

Ahmed Ouyahia was sentenced to 15 years in prison and Abdelmalek Sellal to 12 years. They were accused of abusing authority in a car manufacturing embezzlement scandal. It was the first time since Algeria’s independence from France in 1962 that ex-prime ministers were put on trial. The two were allies of long-time President Abdelaziz Bouteflika, who resigned amid mass protests in April. Protesters have continued to call for sweeping reforms, accusing leaders of the governing party of widespread corruption and repression ahead of presidential elections. Ouyahia and Sellal were among 19 defendants tried on charges of money laundering, abuse of office, and granting undue privileges in the vehicle assembly industry.

An international arrest warrant has been issued

One serving cabinet minister, Abdesalem Bouchoureb was sentenced to 20 years in prison in absentia. An international arrest warrant has been issued for him amid reports that he is abroad. Defence lawyers boycotted the trial, alleging the proceedings were “politicised” and aimed at “settling scores”, AFP news agency reports.The convicted men, however, have 10 days to appeal against the sentence. The scandal hit automotive sector was launched in 2014 through partnerships between foreign groups and large Algerian corporations, often owned by businessmen linked to people close to Mr Bouteflika. The verdict comes two days before a presidential election, the first since Mr Boueflika was forced out of office. Pro-democracy activists see the poll as a ploy by Mr Bouteflika’s allies to hold on to power, and have been waging mass protests to demand its cancellation. 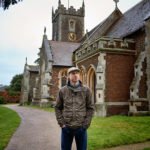 News
Prince William's three favourite songs and why. The Prince of Williams gives us a sneak peek into the songs that make him smile. The first...