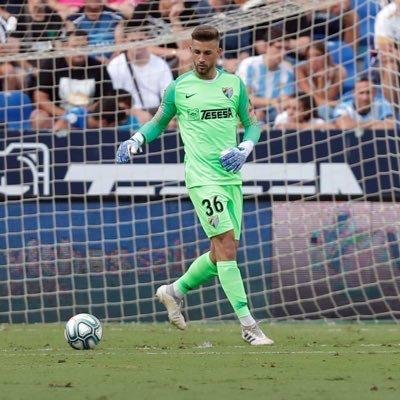 CHAMPIONSHIP Club Leeds Utd, who are currently second in the league and just slightly behind West Brom as they press for premiership football next season, are looking to bolster their squad in the pending January transfer window.

One of those targets is Malaga’s goal keeper Kellyan Francisco García Leal, commonly known as Kellyan.

Aged 21, Kellyan is an up-and-coming prospect and Leeds scouts including goal keeping coach Marcos Abdad have recently been at Malaga B games to watch and monitor the promising young keeper.

It’s understood talks have now commenced between the clubs and agents in view of a €3 million transfer between in the January transfer window, which is now only weeks away.


Kellyan is an impressive goal keeper rated by many to become Spain’s national goalkeeper in years to come.

Born in Catral in Alicante, Spain, Kellyan joined Málaga CF’s youth setup in 2012 from Elche CF. He made his senior debut with the reserves on September, 13 2017, starting in a 3–0 Tercera División away defeat of CD Melistar.


On September 7, 2019, with starter Munir on international duty, Kellyan made his first team debut by playing the full 90 minutes in a 0–1 home loss against UD Almería for the Segunda División championship. He now looks on his way to the famous English Club Leeds United in Yorkshire, England.