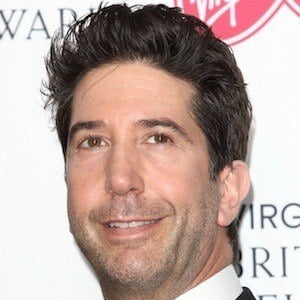 He became known as paleontologist Ross Geller on the sitcom Friends, a role for which he won a Screen Actors Guild Award for Outstanding Performance. In 2016, he portrayed Robert Kardashian on the FX series The People v. O. J. Simpson: American Crime Story.

Film & TV Trivia On This Day:

Lions and pumas test positive for Covid in South Africa

News
A vulnerable worker who was kept as a slave and held prisoner in a shed on a caravan park in Carlisle for 40 years...