The coastal clearance efforts resulted in 40, 43 litre bags worth of plastic, which Coastal Cleaners Andalucia said was predominantly agricultural in origin.

Coastal Cleaners Andalucia joined forces with three other local groups to remove rubbish and waste from Playa Calataray near the mouth of the rambla in Terreros in Pulpi on Monday.

The groups focused on just 100 metres, raking over the tangled branches and debris left after September’s storms to get to the plastics among them and prevent them washing out to sea, where they could ensnare marine life.

Coastal Cleaners Andalucia reported they came across many plastic clips used in nurseries to connect plants, especially tomatoes, to stakes and support them while they grow, which they separated out during the clearance. In all they removed a massive 859 pieces from just 100 metres.


The cleanup organisers said they hope this kind of information about a very specific item will raise awareness of the problem within the agricultural industry and will be the starting point for change in how the clips are used and dealt with locally. 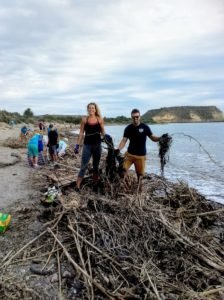 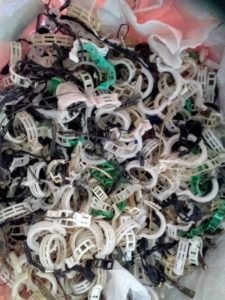 All Communications down after massive Category 5 Cyclone Harold hits Vanuatu

Rita Ora Reveals She Signed Up as NHS Volunteer