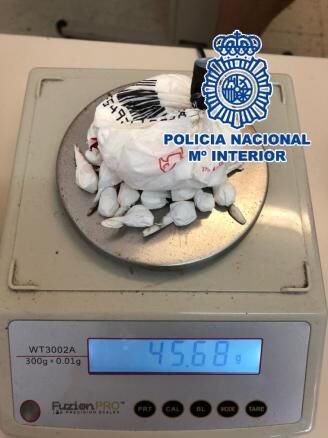 SIX members of the same family have been arrested on drugs charges.

They are accused of drug trafficking and belonging to a criminal group. During a raid, police seizede seized 46 grammes of cocaine, 910 of marihuana, two precision scales, four mobile phones, a machete, and €990 in cash.

The investigation began in August, when agents learned that members of a family living in the Pinillo neighbourhood appeared to be using their home as a sales point for cocaine.

During the two months of the investigation, police found that the sale of drugs was run as a family business.


Some members found ‘customers’ others prepared the drugs for sale while more members kept and distributed the narcotics.