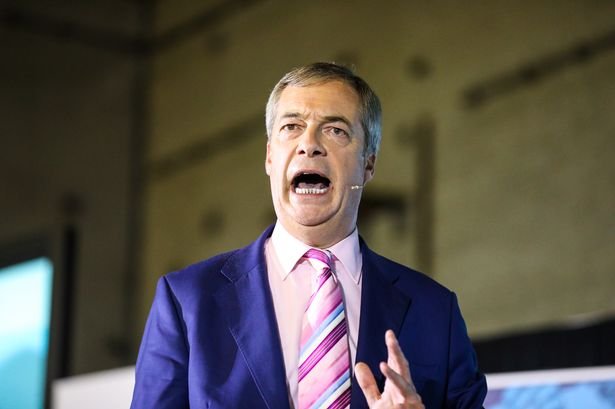 Nigel Farage has said that it would be better to delay Brexit than leave under Boris Johnson’s new deal.

The Brexit Party leader ripped into the compromise hammered out by the PM with Brussels and claimed it would be thrown out by MPs.

Farage said:  the deal binds us into so many other commitments on foreign policy, military policy – a list as long as your arm, and I frankly think it should be rejected.

“Would I rather accept a new European treaty that is, frankly, very bad for us, or would I prefer to have an extension and a general election?

“I would always go for the latter option.


“I genuinely believe that a clean break and being able to be competitive is the absolute key to our future economic success. We cannot do that with this new treaty.”

Boris Johnson has said he is “very confident” MPs will back his last-minute Brexit deal despite the Democratic Unionist Party ruling out its support.


The Prime Minister urged parliamentarians to “come together and get this thing done” after EU leaders approved the departure agreement hammered out shortly before the key summit began on Thursday.

Mr Johnson faces an uphill battle to get the deal backed during an extraordinary sitting of Parliament on Saturday, after his key and influential allies in the DUP rejected it.