A RECENT Police report has revealed that the Examining Court number 6 of Zaragoza is investigating the disappearance of 359 bottles of high end liquor from police cells at the Police Headquarters of Aragon.

The bottles were part of the seizure of 2,061 bottles that were confiscated from the store of a Chinese citizen back in 2017.

They remained in the care of the National Police of Aragon until last Thursday where they were ordered to be moved to the depot of the Deanery in the City of Justice.

When officers took an audit of the alcohol before relocating it, they discovered 359 bottles were missing.

Among the material were branded wines, Moët Chandon champagne, premium gin (Citadelle and Bulldog), as well as bottles of rum, whisky and bourbon.

Recently revealed by local media in Aragon, an anonymous source has said that the bottles were relocated illegally to different police dependencies in the area shortly after the seizure.

An investigation is also underway by the Superior Police Headquarters of Aragon. 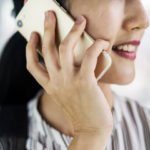