As several inches of water rapidly poured from the night skies whilst heavy thunder and lightening clashed above, roads quickly turned into murky rivers. 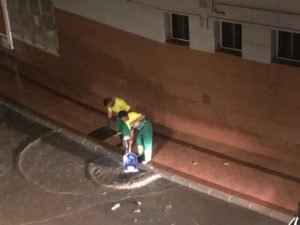 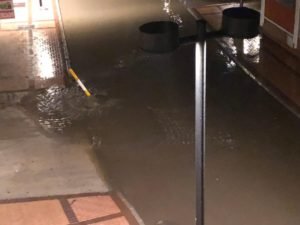 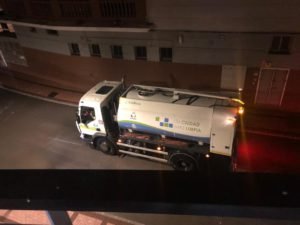 Local resident and storm watcher Christopher Catton from Los Boliches  remarked ” I saw on the weather report storms were to break before going to bed, I was awoken at 4 AM by a large bang of thunder and then the following flash of lightening followed quickly by several inches of rain ascending down rapidly”

Sea conditions have rapidly changed too with waves crashing in over 5 to 6 feet on occasions into beaches, although no severe damage has been reported so far although beach side bar owners remember previous storms before and are out early this morning watching the situation hoping high winds don’t enter the equation.

Rain and storms are forecast all weekend on the Costa Del Sol and here at the Euro Weekly News we shall be updating on the storm weather developments as they progress over the weekend.

If you have pictures or a story about the current storms in your area please email them to us editorial@euroweeklynews.com