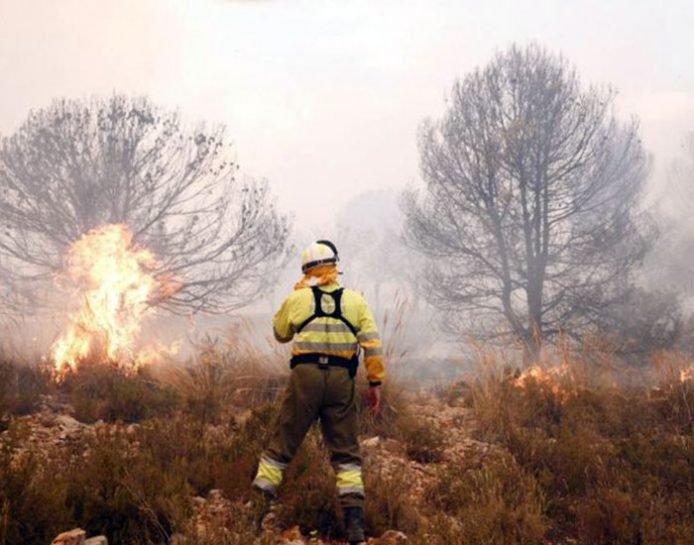 AN arsonist is being sought following the forest fire at Beneixama, Alicante which destroyed 870 hectares of land at a ravine known as La Solana on July 15.

Juan Carlos Fulgencio of the Valencian Government said: “We discussed the hypothesis that it was provoked, we are working on it, there may have been weather conditions, but it is clear that a few days before there were four other fires in the municipality of Biar and this leads us to have to take into account that, rationally, this fire was started intentionally.“

The fire was reported as extinguished two days later, and 84 evacuated residents were allowed to return to their homes.