HOLIDAY rentals on the Costa del Sol have increased by 13 per cent in comparison to last summer, according to a report by Spain-Holiday.

The platform, which has around 18,000 holiday homes on offer and rakes in around €2.2 million per year, has announced that the Costa del Sol is one of the locations that sees the highest increase in holiday rent prices from one summer to the next.

To rent a holiday home for four people on the Costa del Sol for the first two weeks of August could reach €1.090 compared to last year’s average of €945.

The Costa del Sol has been ranked as the third most expensive holiday destination, behind Costa Dorada and Costa de la Luz (ranked in first position).

The Spain-Holiday platform highlighted that the Costa del Sol is one of the most popular destinations among national and international tourists due to its ever-growing tourism sector and excellent climate and beaches. 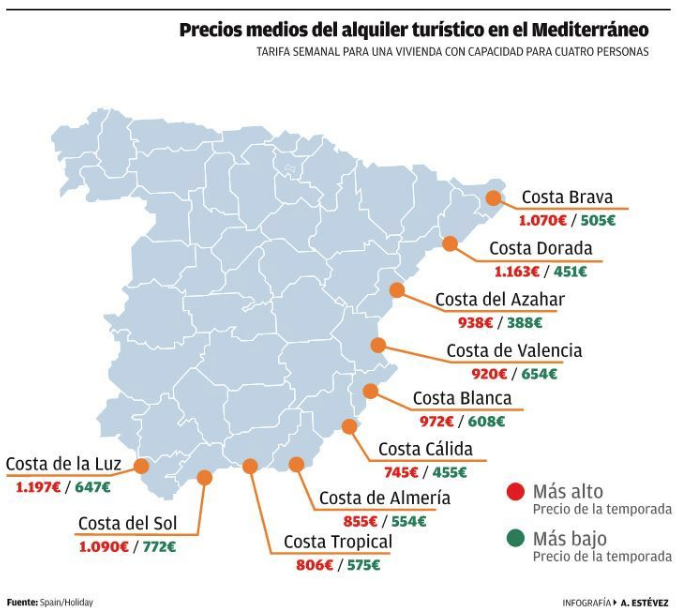