POLICE are searching for a 69-year-old man who went missing during a family meal yesterday (Sunday), according to family members.

Antonio Hormigo Morales, disappeared from a restaurant in Estepona’s Puerto Deportivo after presumably having stepped out of the local to smoke a cigarette.

According to the family, the man is currently receiving treatment and is suffering from the beginning of what could be dementia.

The 69-year-old’s whereabouts is currently unknown.

Authorities have provided an official description of the man who measures around one metre sixty, weighs around 70kg, has blue eyes and uses glasses.

The man was wearing a beige pair of trousers, a light blue long sleeve shirt and black shoes.

The Missing SOS platform has included several contact details for anyone that may have any information on Antonio’s current location or could have seen him. 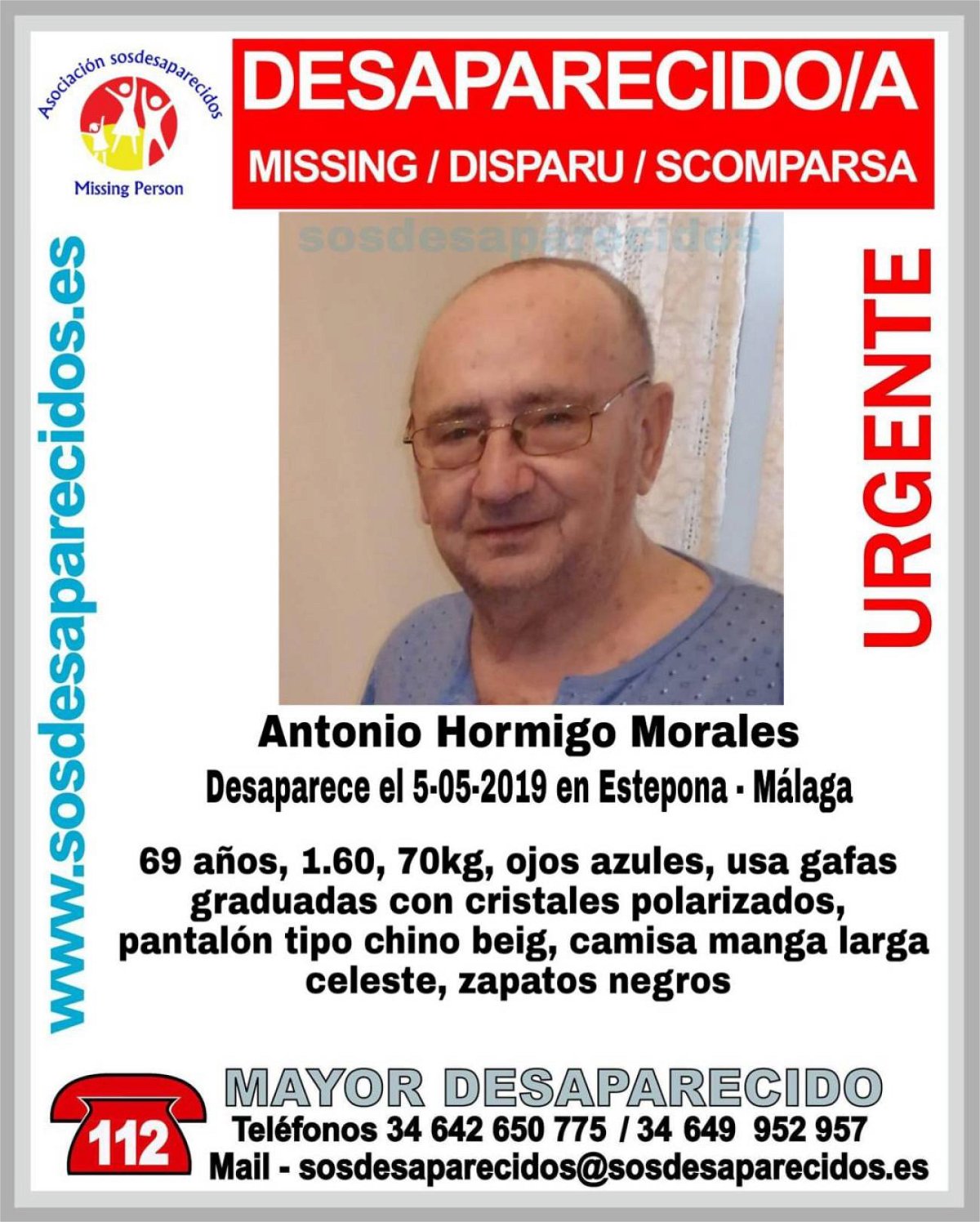 German expat shoots relatives before turning gun on himself in Formentera