A SHOCKWAVE has hit the town of Castellonet de la Conquesta, – a municipality in the region of Safor in the Valencian Community just to the west of Gandia – after the local mayor died in a fire in his home.

Rafael Sjöblom , died in a late night fire in an apartment located in calle Guardamar, in Gandia, with fire fighters dispatched from both Gandia and Oliva to tackle the blaze in the five-storey building.

The fire consortium report that there were allegedly two women in the house, aged 78 and 39, and a girl of 9, the wife, daughter and granddaughter of the deceased . All were transferred to the Francisco de Borja hospital, where they were treated.

The shock has hit the local town hard, where Sjöblom was first elected mayor in 2003, representing the Partido Popular.

The 170 inhabitants of the town are now in mourning, along with his political colleagues, with the regional leader of the PP, Guillermo Barber, lamenting the loss of a person who, “worked tirelessly for his municipality and the neighbours who trusted him. Today the PP family is in mourning and plunged into an immense sadness.” 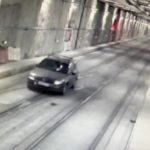 Spain
Granada Local Police arrest a drunken driver who entered the underground section of the metroA bizarre event occurred in Granada this past morning of...