FORMER Director of the International Monetary Fund (IMF) and ex Vice-President of the Spanish government, Rodrigo Rato, has been jailed for embezzlement during his banking years.

Rato arrived on his own to the Madrid prison of Soto del Real last Thursday, where he must serve a sentence of four and a half years for financial fraud between 2010 and 2012.

“I accept the mistakes I have made and I ask society to forgive me, in particular those who were deceived or affected,” he told reporters.

It is the first time that Rato, Vice-President during the administration of Jose Maria Aznar (1996-2004) of the Popualr Party, has admitted guilt after being found complicit in the case known as “Black cards.”

The Supreme Court of Spain confirmed on October 3 the initial sentence imposed instance by the National Audience (AN) in February 2017 against the former Director General of the IMF.

Rato and 63 others were accused of transferring some €12 million from Caja Madrid and Bankia, through the use of credit cards not registered by the Treasury of personal expenses.

Rato was charged with continuing the “corrupt scheme” of his predecessor, Miguel Blesa, who committed suicide in July 2017.

This is one of three legal cases opened against Rato, with two others involving money laundering and financial irregularities. 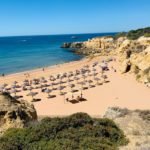 Experts warn of the risk of continuous vaccination of adults

News
A leading group of immunology experts have warned of the risk of continuous vaccination. The have questioned the strategy of giving a third dose...